«The Dome Doctor» is a comedy film that was shot in 1925. It was directed by Larry Semon, who also played Peter there. In fact, this is a comedy with a lot of gags and a lot of action. The plot of the movie is quite simple, It is a love story. Pierre Pep was a proprietor of hairdressing emporium, and there was a shop next door, it was the delicatessen. Pierre Pep had a son, Peter Pep, who was in love with Dorothy, daughter of Fuller Hulkinbulk, the owner of the delicatessen. Peter was with Dorothy in the delicatessen, when his father and Fuller were fighting, they ran to stop their fathers. So fathers separate Peter and Dorothy and force them to work. But they do not want to work, they want to see each other. 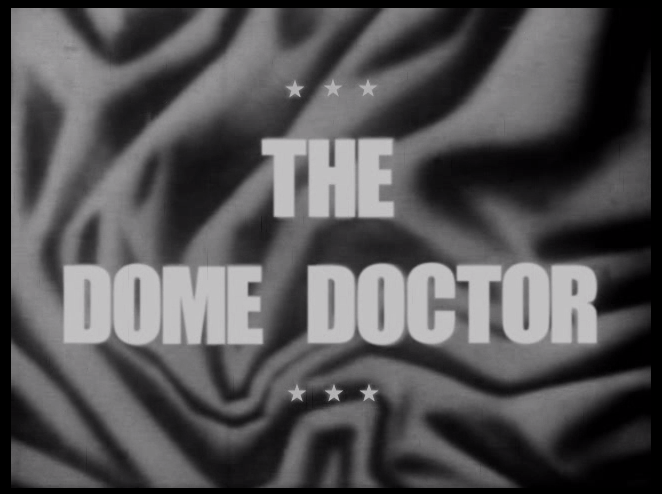 In this film Larry Semon was a director and an actor, so I totally like the way Larry plays. It is a pitty that he had a really short life. In my opinion, he was very talented person. It is interesting that Dorothy is Larry’s real wife, and it is her real name.

Especially I wanted to notice the monkey that was one of the characters in the movie, it was really interesting to watch it doing something, and I suppose it was really hard to make it do what was necessary.

If we talk about the plot structure, we can notice that there are introduction, raising action and finally denouement. I do not see the climax in that story because there is no any, during the film we see a lot of action with funny gags and effects.

In the beginning of the film we are introduced to all the main characters. It is made with a help of titles from which we know who is who. There is Pierre Pep who is the owner of hairdressing emporium, he has a son, Peter, who is in love with Dorothy, the daughter of Fuller Hulkinbulk. Fuller is the owner of the store next door. Pierre and Fuller always argue with each other.

The introduction ends when they start to argue again, and their kids decide to stop them, so they managed to stop them, but their parents force them to work, and that is where all the action begins. All whole action consists of accidentally thrown or dropped items, and it is totally funny, especially, the moment when Fuller had a lot of hair and a thick beard.

The film ends with the episode of explosion, so there is only a hole at the site of the explosion. And we see Peter, he got out of this hole, and the next moment, we see the devil, who just got out of the hole, it was really funny and totally unexpected for me.

Summing up all of the above, I can claim that this comedy is absolutely funny even nowadays. All the actors played really well, and especially Larry Semon, who was one of the most talented silent actors back in those times. Perhaps, «The Dome Doctor» is not that iconic and it is really hard to find anything about that film today, but when I was watching it, I laughed a lot, and this is the most important thing for comedy film. At some point, I can compare this film with «The Butcher Boy», they were released in the different times, but they are somehow the same, and it is really a lot of joy and fun to watch them over and over again.