The movie was a series of 23 newsreels launched in the early 1920s. The goal was to create a kind of “golden newspaper”. Kino Pravda is demanded because it shows people what really went on in Russia after the social uprising. In the movie several images are shown which help tighten the movie so that the message will get across. Acts of history are told in different ways in films to get information through. 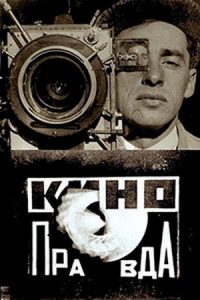 It is a documentary because it uses actual episodes to tell the history and it is necessary because there is no fanaticizing in this piece.